How long does it take to bake apple pie at 400 degrees? I have the best recipe with the perfect ingredients, cooking times and temperatures!

Imagine the most divine apple pie you’ve ever had: perfectly balanced sweet-tangy, with slim chunks of intact apple slices sticking together and a shiny, caramelized glaze on top; not too juicy or watery; with a thick, pudding-like filling; moderately sweet, with a hint of cinnamon. It has a fresh and bright flavor that is just sweet enough.

These seemingly simple desserts can be tricky to create perfectly; choosing the right type of apple, cooking time, and temperatures. Bear with us as we attempt to prevent all of these blunders from occurring at your next pie-bakeoff.

What is the best temperature to bake apple pie?

Bake apple pies on high heat for 10-25 minutes, then reduce to medium heat for the remaining cooking time.

You can bake them at a higher temperature, starting at 400°F for 15-20 minutes and continuing at 375°F for an additional 35-40 minutes. The difficult part is waiting the long hours until the pie cools enough to eat.

How long does it take to bake apple pie at 400 degrees?

For a standard-size apple pie, bake at 400 degrees Fahrenheit for 15 minutes, then reduce the temperature to 375 degrees for the remaining 35 minutes.

Macerating the apples before oven baking prevents runny filling and enhances the flavor. The pectin in apples ensures the thickness of the filling through this method.

Fruit pie tastes much better the next day because the flavors have settled and blended. Always make the filling first, then the crust, so the moisture can drain beforehand without sogging the crust. 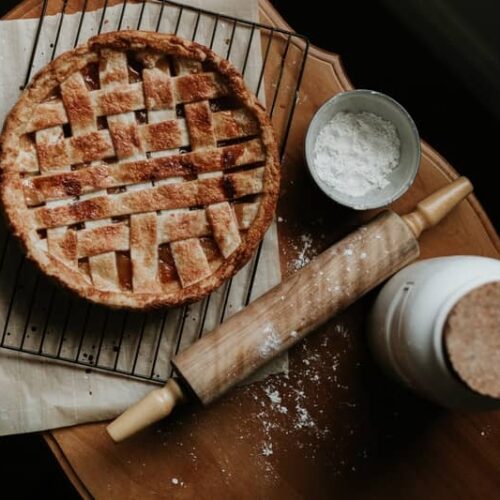 Let's get started on the filling.

Keyword Almond Butter Apple Pie at 400 ºF
Tried this recipe?Let us know how it was!

What are the best type of apple for the recipe?

The Granny Smith apple is the most commonly used in pie. They are sourer and keep their crispness longer. Gala apples are a favorite snack because they taste sweet but lose shape quickly when baked.

For a decent filling, apples should soften but not become mushy, remaining detectably chunky to chew. They should not get too watery or brown too much and have a fruity flavor with minor sour undertones.

Can I increase the temperature to bake the Apple Pie?

You can bake apple pies at a variety of temperatures. The secret is to start at a higher degree for the first 20 minutes and then lower it for the remainder of the cooking period. Rotate the pie to evenly brown the top.

Tips and tricks to improve this recipe

Apple pie is primarily a seasonal dessert for good reason. The harvesting season is in the fall, and apples bought in the spring or summer were most likely picked the previous fall. When cooked into pies, months-old apples become mushy. Bake apple pies in season, preferably in the autumn and early winter.

Professional pastry chefs swear by adding pears to apple pies as well. It’s a professional trick for enhancing flavors. Pears are subtle, but they make any apple pie taste better. It’s fantastic to add some almond butter or almond extract to the bottom of the crust.

Pre-cooking the apple slices keeps them from becoming mushy. Add some thickening ingredients, such as starch or flour.

Adding acidity is essential for a well-balanced flavor profile. It could be as little as a splash of apple cider vinegar, lemon, lime, or orange zest. Surprisingly, balsamic vinegar also goes well with apple pie.

Baking an apple pie is easy peasy, especially a bad one. Good ones need planning, strategy, and a good recipe, alongside solid cooking methods. You need a suitable apple type, quality spices, a fine pie crust, and a delicious, thick filling.

This pie can easily become a new classic with a modern twist. This recipe incorporates high-end techniques to bring out the best in apples with some pears and almonds. It tastes mind-blowing on its own, without any ice cream or whipped cream.

So, do you already know how long does it take to bake Apple Pie at 400 degrees in oven? Enjoy the HotSalty recipe! 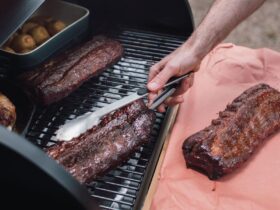 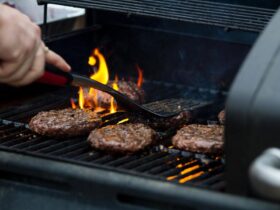 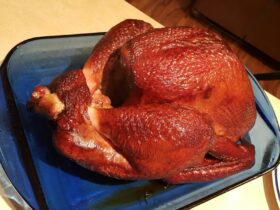 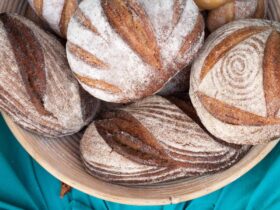 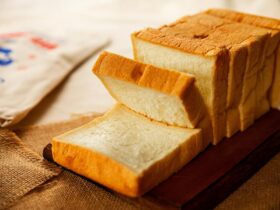